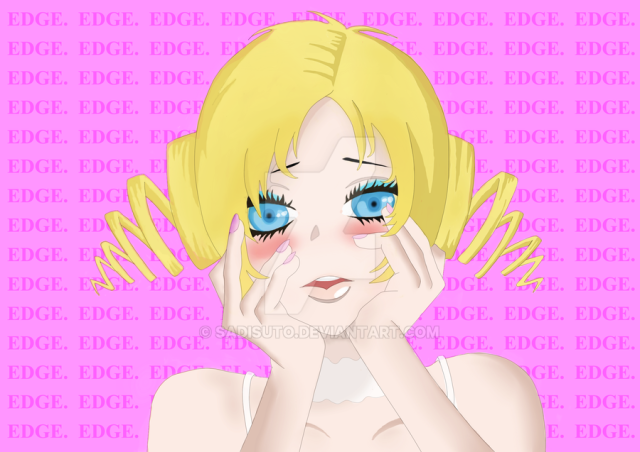 Saturday something happened. Something I couldn’t control. Something that spun me. I’ll tell you about it.

After our picnic on the couch, we were relaxing and enjoying the house.  We planned to leave for our shuttle in about a half hour so we had a little time though not really enough to fully play.

We talked a little about the sex shop we had visited on the way up. While at the sex shop we had looked at collars.  He had said he wasn’t sure about putting one on me because it would inhibit his access to that dangerous spot on my neck that he uses to torment me. He held up a collar to my neck as an example and bit me there unexpectedly.  It startled me, more than I’d like to admit.

Now again, on the couch, he decided to torment me. He kissed me fervently then he put a finger under my chin to force it up so that I extended my neck.  I felt vulnerable and exposed. I knew what was coming. My breathing immediately increased pace.  He leaned in and started to go for that part of my neck. I pulled back. I couldn’t stop from doing it.  He gripped the back of my head curling his fingers in my hair to stop me. Now he had me trapped and continued his torment on my neck.  His lips touched that spot and I couldn’t pull away so my hand came up to hold him back and he slapped it away.  He was going to have what he wanted.  Without knowing it, at this point I’m pretty sure I subbed out.  It’s only happened once before this strongly and it was a very similar situation. It seems to happen when he is absolute in his command. My world narrowed until he was my whole existence.  He was my link to survival because he had utterly complete control. I was thrown into a trance-like state.

He ordered me onto the chaise lounge on my back.  I sat at the corner as directed and leaned back.  He pushed my knees to my chest and entered me while standing. In this position, he fucked me so deeply.  He touched depths I’m pretty sure have never been touched.  It was wicked good.  Strangely, while I’m in this trance state and he’s fucking me it comes to me that our time is limited and I realize he’s about to stop.

As he rose and said the same thing that was on my mind, it felt like the world imploded in on me.  I was suddenly and inexplicably tossed adrift in space as if my tether had been cut. He was standing over me asking me if I was okay but I was so many atmospheres away I had trouble responding. I know I automatically said, “Yes, I’m okay.” But I honestly had no idea.  My response was just a reflex because I’m trained to respond to him and I never want him to worry.

I knew I had to find myself and my way back fast because I was about to ruin our plans and the night I had arranged. I stood bolt upright to go to the bathroom and sat right back down when I couldn’t balance myself. He caught me and was talking at me. I was trying to respond and not lose it at the same time. I heard him joke and laugh but I wasn’t mentally there yet.

Finally I made it to the bathroom and pieced myself back together.  We did make it to the concert, I did snap out of sub space somehow…pure force of will because I had to. I don’t advise this method to anyone.

I felt trapped by the circumstances but I should have said, “No, I’m really not okay,” and let my Dominant take proper care of me. Some lessons are hard.  Asking for help…not my strong suit.

Image by Sadisuto and used under CC License 3.0 with attribution and found here: http://sadisuto.deviantart.com/art/Yandere-Trance-Catherine-339979050

9 thoughts on “Spaced Out”